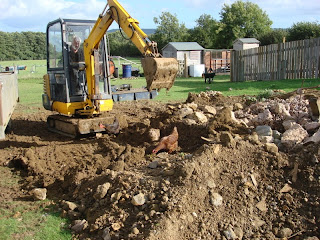 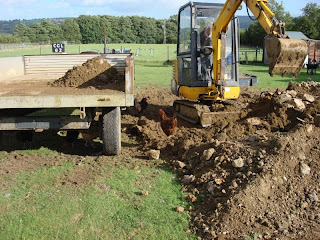 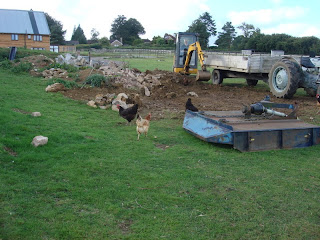 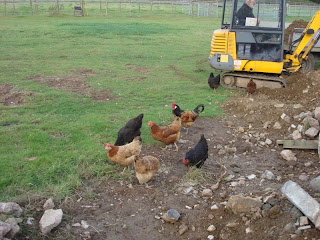 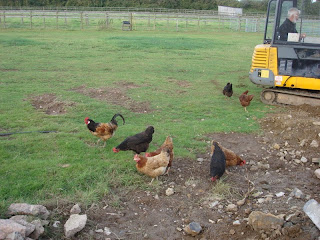 Mike is still working on clearing up the debris from the barn building last year.   The chickens love it and we are fully expecting a funeral for the cockerel soon.   He dices with death every time the digger starts up.   He ducks and dives around the bucket, presumably searching for worms.   Several of the others are just as excited but not quite as stupid.  When Mike drives off with the trailer he is often pursued by a few of them, presumably hoping he is going to do some more digging somewhere else.

It might be a co-incidence but since we heard shots in the field next door, together with men's voices and revving engines and we saw flashing lights (lamping?) there have been few traces of Mr Fox's visits.   The shooting took place for about three nights in a row, so maybe they scared the foxes, or maybe they  shot them.  I am sure it would have been an unintended consequence if they have, because I would assume they were shooting rabbits or deer.   We did not feel inclined to interview the gentlemen concerned!!
Posted by Geraldine at Monday, September 16, 2013