Another new arrival yesterday.  He chose a miserable wet day and we were very concerned that he had not suckled after quite a long time.  I checked his Mum's teats and they were still plugged so we obviously had not missed him suckling.  I unblocked them and gave him some colostrumpaste  hoping to keep him going until we could get him to suckle.

We put Mum and cria in a shelter to try and keep them warm and dry.  He had lots of attempts but could not seem to gt the hang of feeding.   I tried helping but in the end gave up as I felt it was upsetting them both and not getting a result.

Finally he seemed to get the idea and fingers crossed he will be OK.  It is a worry as if he did not get him Mum's protection early enough he might pick up an infection or Clostridial disease which is caused by bacteria that occurs widely in soil. Death is  sudden and animals are usually found dead without any visable signs.  The mother passes on immunity to  through her colostrum which the cria needs as soon after birth as possible.

He is looking quite bright and normal today, so fingers crossed. 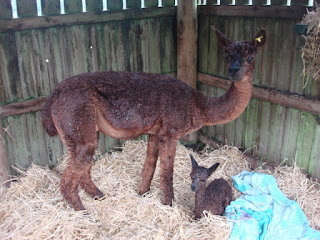 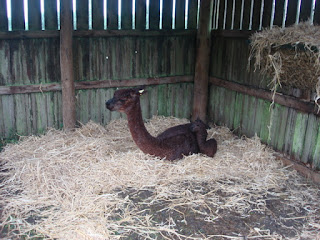 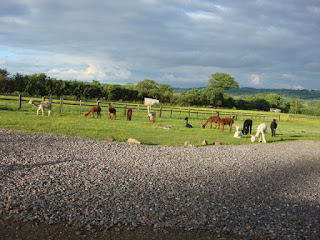 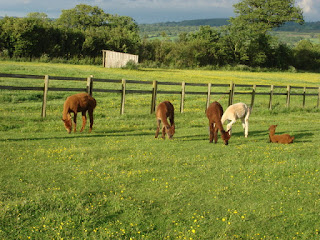 Our smaller herd is about to increase as we have several cri due.  We mated all the eligible females but because we are not taking it too seriously these days, we have just left it to nature to decide whether babies are certain.  Before we would have tested and remated to ensure the maximum crop.  This year we only tested once and are now crossing fingers.  Most are looking chubby enough!!

We have moved the farm shop from the shed near the road to the barn.  The extra room makes it easier for both customers and us.  We are now selling pet products, the most popular being dog beds and vet bedding cut to order. 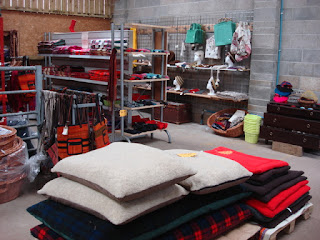 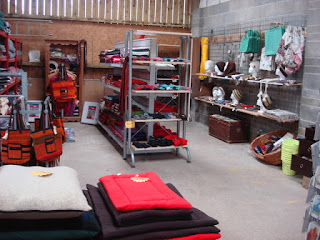 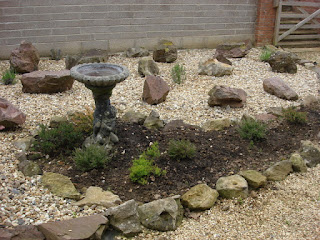 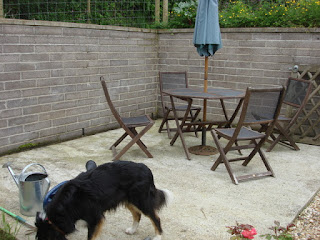 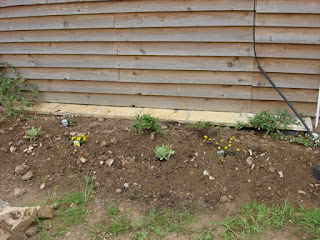 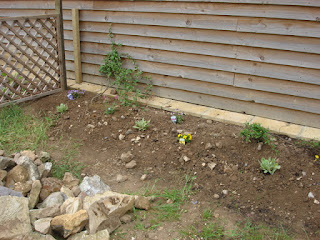 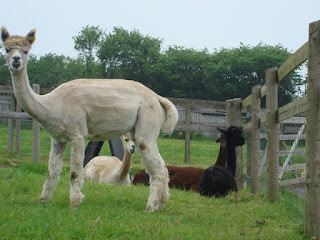 Now that we have fewer alpacas we are finding more time for domestic improvements.   The back garden is well under way and the paddock behind the house doubles as a back garden for the dogs and grazing for alpacas that we need to separate for any reason.  At the moment we have two females expecting cria soon and two older females to keep them company.

We plan to tile the patio area and gravel most of the rest with a large (shrubbery) area to take up the rest of the space.  Time will tell.

The dogs are safe in the paddock and love a game of ball fetching or just running around.
Posted by Geraldine at Sunday, June 05, 2016 No comments:

Our first alpaca birth of 2016 this morning.  Nina gave birth to a lovely dark brown male, grandson of Pedro who was a prize winning alpaca bred on the farm and recently sold as a pet after siring many lovley cria over the last few years.

He is called Mani (Inca for peanut) and has an impressive fleece and solid brown colour like Grandad.  He is pictured (wet) as a new born and later after drying out and running around a bit - needing a rest. 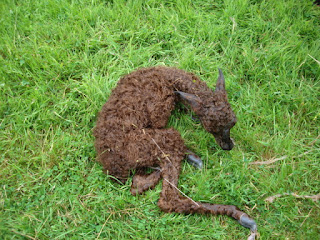 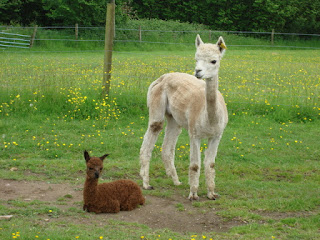 Posted by Geraldine at Wednesday, June 01, 2016 No comments: