Life is mainly a battle against the growing depth of mud in key areas such as the tracks and the entrance to Mike's Yard and the chicken housing.  It is harmless, of course, but just makes everything  a bit slower.  The control nozzles have broken on all the hose pipes and so instead of showering the dogs I make a big game of it and wave the hose pipe around (which Charlie and Dolly love, Romie is not too sure).  Mike deals with Jake and Millie, our old girl, gets special treatment with warm water and a bucket.

We are obviously not alone because when Mike tried to get new nozzles they had sold out.   We hope to get them this week.

We are running out of grass in the home paddocks and so after checking the boundaries to make sure the ram cannot escape again, we have sent the male alpacas and all the sheep down to the winter paddocks.   There is plenty of clean grass down there, although probably not a lot of nourishment in it this time of year.

Mike took the old stock box down so that I can store their hay and feed in it.   We made a small pen to feed the sheep in - otherwise they hog their own food and then bully our nice polite alpacas off theirs!!

After a very quiet week or two after Christmas (to be expected) we are getting a few more customers online and in the shop.  We are still deciding what to do about our reduced herd of alpacas.  We want to keep them for their fleece, but on the other hand we could do with selling some to cover the feed bills.
Posted by Geraldine at Friday, January 30, 2015 No comments:

On Wednesday  evening when I was shutting the shop up all the alpacas became restless and started staring across the paddock towards the race behind the chicken run.   Mike let Jake out and he ran around barking but we could not see any sign of an intruder, so assumed it was a fox which had run off.

When Mike let the chickens out yesterday he found a dead hen.  It had been attacked and most of its breast had been removed.  Must have been something small enough to get in through some very small gaps , maybe a stoat or a pole cat.  Naturally she  was one of the newest batch and not one of the old timers.

It took Mike quite a long time but he put bricks, netting  and other blocking measures over every conceivable small gap.   This morning there were no dead bodies, so we are crossing our fingers and toes  that the predator, whatever it was, cannot carry out a repeat performance.

On Tuesday which is Nick's day, Mike wanted to do some welding in the barn so Pedro (the recently castrated fighting male) had to be penned in the field with the other males.   Apart from a bit of pacing and some spitting over the fence, all was fairly quiet so we decided to "accidentally"  leave him an opening to get out at dusk, as it is about a month since the op.

He did not notice until it was nearly dark and so only had a few minutes to mix with the other boys.   Apart from a couple of half-hearted spats with his sworn enemy, Spirit, all has been acceptably calm.   If there is any sign of trouble Jake "That's my Job" takes care of it with a dash over to the fence and loud barking which, amazingly, is sufficient to stop them.
Posted by Geraldine at Friday, January 16, 2015 No comments:

A cold and frosty (but beautiful) morning at Laurel Farm.  Happy New Year!! 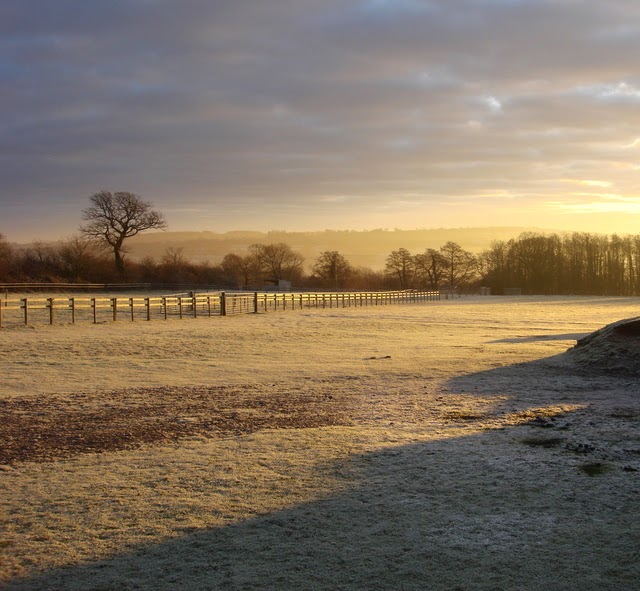 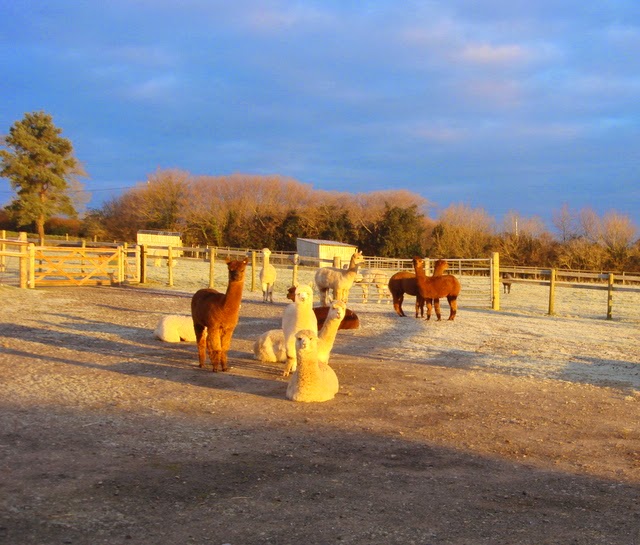 Posted by Geraldine at Friday, January 02, 2015 No comments: