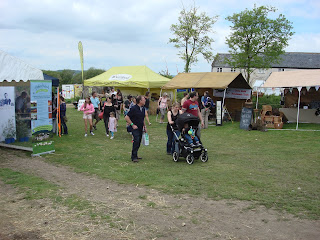 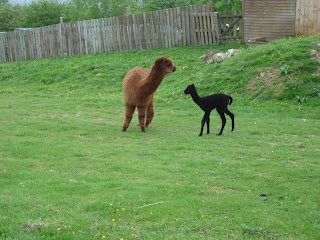 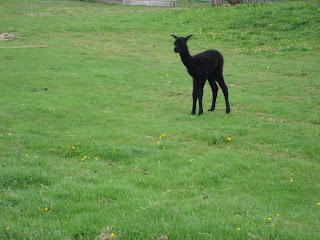 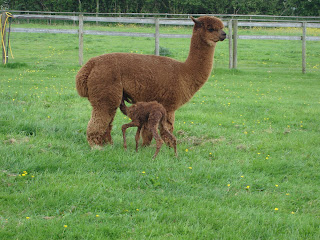 I noticed that one of the sheep  triplets was looking a bit out of condition and Nick agreed and suggested bottle feeding him to give him a boost for a while.

On the first morning he was keen to escape being caught but once I was holding him and offering the bottle he decided (after spitting out a couple of times) that it was quite nice.  Today is his third day and he is still hard to catch, but once caught latches on immediately.  He drank twice as much as on the first day.

All the animals are enjoying the lovely weather and are looking good.

Tomorrow we are off to River cottage to set up the pens for  the alpacas we are taking along to their wweekend Food Fair (not to be eaten - just as an attraction).  We will also be taking some of our products, and my friend, Pauline will be coming along to help.
Posted by Geraldine at Thursday, May 21, 2015 No comments:

The lambs are growing up fast and into lots of mischief.   They found a hole in the side of one of the shelters where some things are stores under cover and decided to use it as a playground - climbing up and sliding down and Mums are too big to follow them through the gap!! 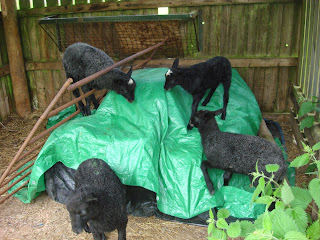 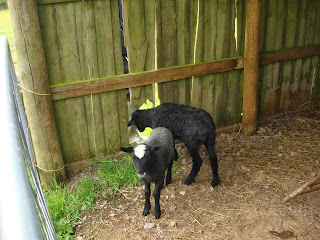 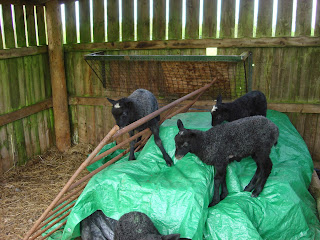 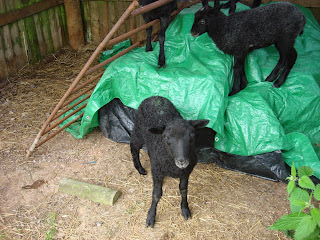 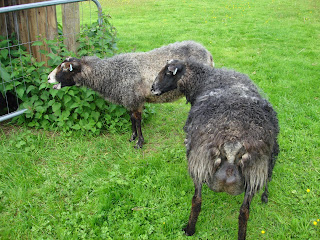 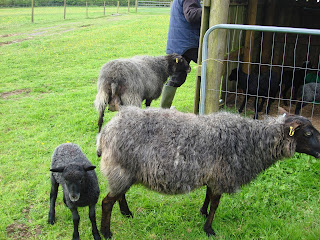 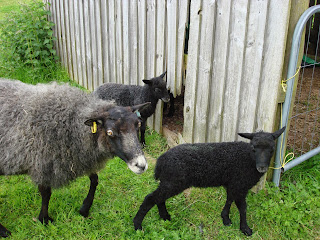 Well - what changeable weather we had yesterday!!  This is a photo of the lovely double rainbow which formed during the mixture of sunshine and heavy downpours during the day. 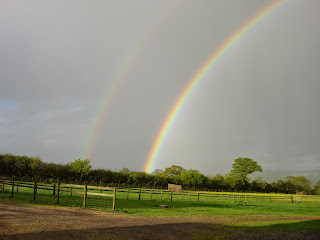 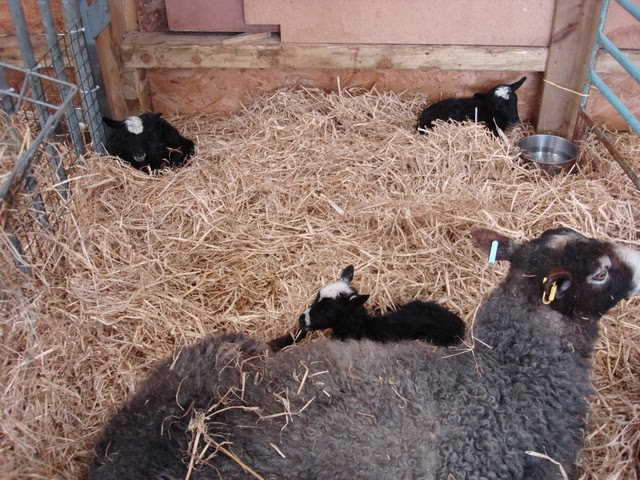 I was intending to go to the Severnside Dog Agility Competition with Dolly and Charlie on Bank Holiday Monday.  Everything was going to plan.  I was ready to leave on time.  I drove up to the gate and was about to leave when I had a pang on concience and decided to have a last minute check on the ewes and lambs.

A fatal mistake - I found the last ewe to lamb had produced triplets.  If it had been twins I would probably have gone ahead but in all fairness I could not go and leave Mike with three to look after.  Having dealt with alpacas for so many years we are only used to singletons and it is a bit of a culture shock having twins and triplets.

They are all doing well now and are out all day playing and giving their mother a hard time.   We are keeping the triplets inside for another day or so as they are a little small.  All three are ram lambs so we have four of each sex.
Posted by Geraldine at Wednesday, May 06, 2015 No comments: