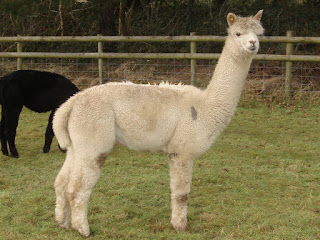 Alpacas love mowing the lawn and pruning the shrubs. 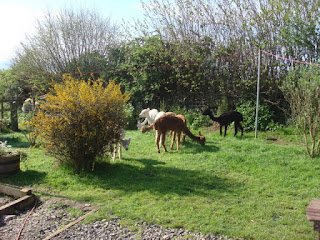 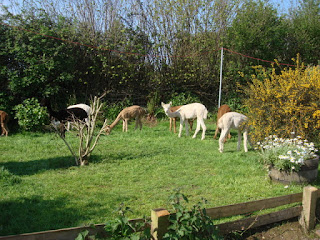 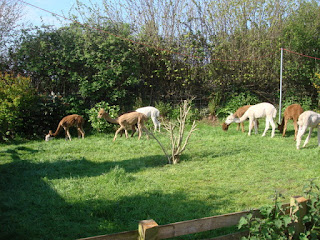 The fire wall is in progress.  Oh Joy - more dust and noise!!

The shearer is coming tomorrow and the forecast was for rain last night and today (they were right) so we quickly prepared the barn with the last of the straw and put most of the herd under cover.  Alario is in a makeshift stable in the old lorry unit and the males are in another shelter.  The sheep are in with the female alpacas in the barn and four of them get up to more mischief than the other thirty put together.

I took the opportunity to administer an over due dose of ADE vitamins to them all.   This is a drench which gives them vitamin D to compensate for the lack of sunlight and prevent rickets etc:

We have all settled in to our new routines in the new house, except the alpacas who are still wondering why they cannot get in to their barn. Otherwise plenty of relaxing. 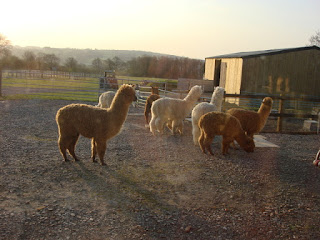 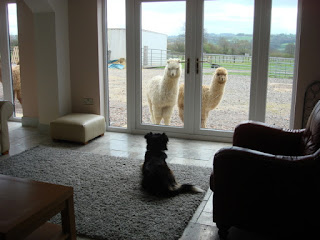 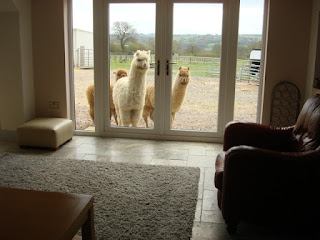 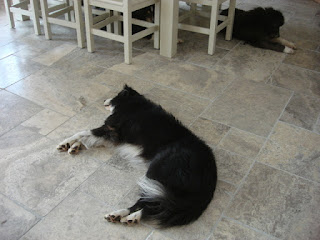 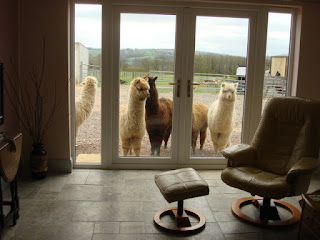 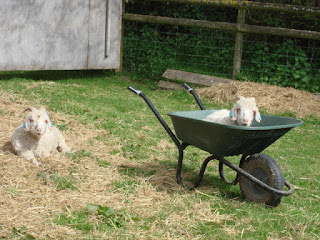