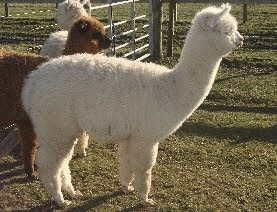 Our van, which Mike drives most of the time, broke down recently and he took it up to the garage to replace the fuel pump. Unfortunately when he got home the pump failed again. We got it back to the garage and Mike changed the fuel pump yet once more. It was very late when he phoned me to say that he had fitted the new pump but the engine had failed. He has not talked about it very much (understandably) so I am not sure what the problem was, but the outcome is that he has spent today at the garage fitting a replacement engine.

Chris phoned on Monday to break the bad news that the garage had been burgled on Sunday night (obviously not by Christians) and thieves had taken some valuable hand tools and expensive diagnostic equipment. Chris spent Monday night camping out in the garage armed with a base ball bat but they did not return. They are in the process of repairing the damaged fences,roof and window and putting in metal bars to the window and a steel roof. In between working on the van Mike helped with the new security measures.

Meanwhile back at the ranch the weather was horrible so after checking all the animals I spent most of the morning in the office. There were a couple of orders for hand knits to be parcelled up and sent off and I spent quite a lot of time resizing and uploading photos to the website.

I had a phone call from a local small holder who had seen us in the breeders' directory of Country Smallholding (one of the few places we advertise) and he and his father came over to talk alpacas and have a look around. Despite the weather we had some customers in the shop and we are getting daily visitors now, although it is not as busy as this time last year. Maybe there will be a last minute rush.
Posted by Geraldine at Wednesday, December 02, 2009