108 is the cria who cannot walk.   We have been trying to keep his limbs moving so he does not lose muscle function and he does seem to be walking a little although he needs support all the time.  He now has swollen knees which means he cannot straighten his front legs.    A friend recommended a physiotherapist who treats humans and animals and she came today.

She has recommended that we stretch his legs rather than exercise them and we are going to try and stretch the ligaments which allow him to put his feet flat to the floor.   She was very helpful and came up with some other interesting ideas to try, including stimulating him before we try to walk him around in a sling made of old towels (which we do now).   She says that patting and plucking gently at his fleece around his back legs will help to stimulate his nervous system and make him aware of his back legs again.   He was a little sweetie whilst she treated him and was more intent on munching grass than taking any notice of being pulled and pushed.

His mother is not longer feeding him because he cannot reach her udder and she is too upset if we try to hold him up to her.   He is now being bottle fed three times a day.    He is two and a half months  old so at least we will not have to do it for too long.   Fingers crossed that eventually whatever caused the problem in the first place will go away. 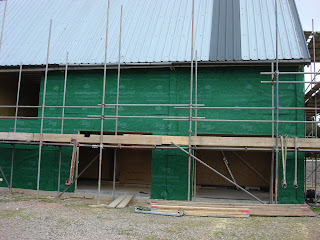 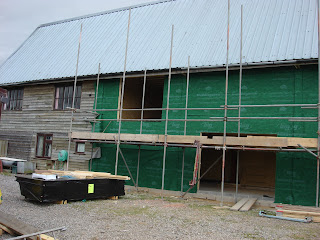 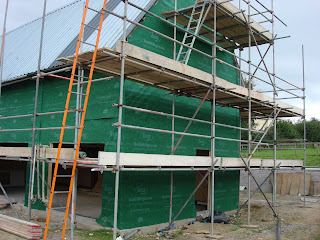 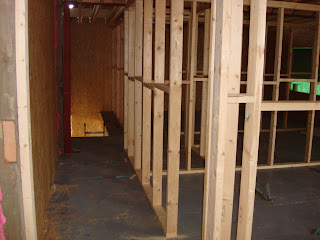 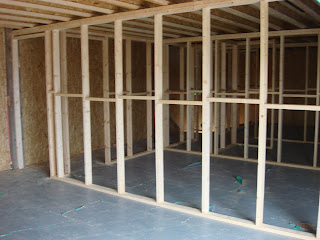 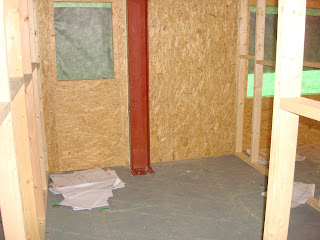 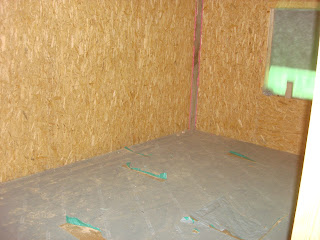 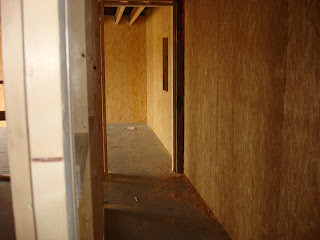 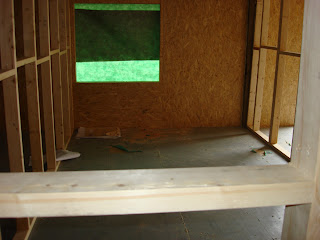 The SIPS installers have finished after one or two hiccups.   They were a lovely team of builders and always cheerful and polite whatever happened.  Our teabag consumption will go down considerably until the next wave of building works - probably next week when the wooden cladding will be added to the outside.

Downstairs will be one big living space.   The interior photos are of the upstairs.
Posted by Geraldine at Thursday, September 20, 2012