Himalayan Balsam, an imported weed, which is very pretty but overpowers our native plants is always a problem at this time of year.   It is best to get rid of as much as possible before it flowers but we missed that window this year and so are battling against really big flowering plants.

Luckily they are easy to pull up and Mike can get behind the fences and strim them too. 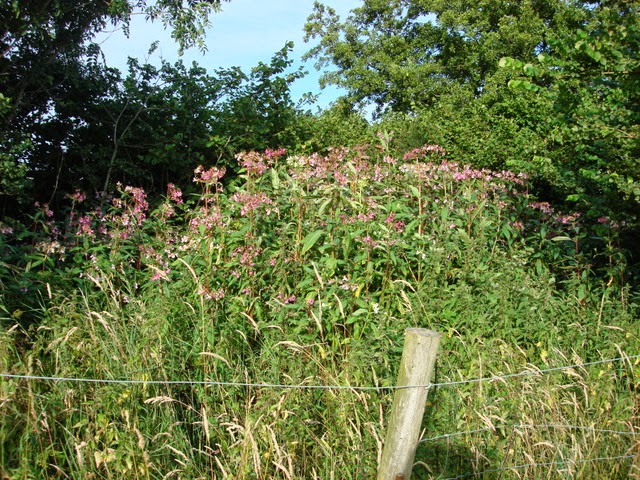 Pedro, the Macho (alpaca) who was behaving aggressively towards the other males after our first attempt at field matings (i.e. putting the male in the same paddock as the females we want him to mate) seems to have settled down nicely and become a normal alpaca again!!   The photo shows him with the other boys and they are all nice and relaxed now.   Peace has reigned for several week now, even after Pedro visited a female and returned to the herd, so fingers crossed he will remain a well behaved member of the herd. 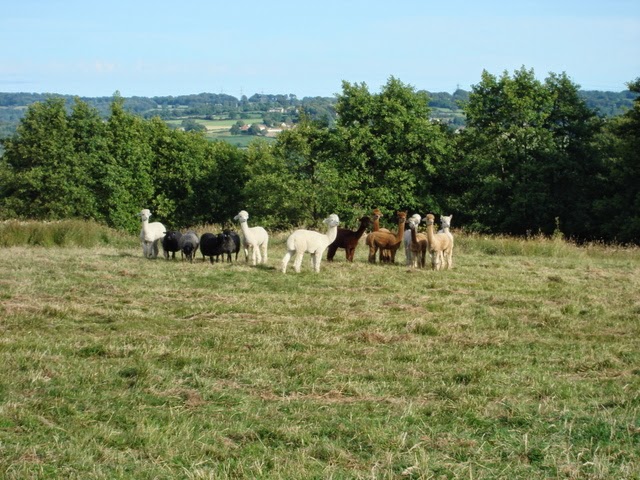