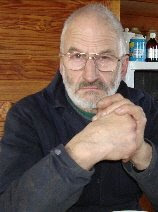 Well I don't know if I have any news really!!

Mum's funeral is on Thursday 12th. Seems like there will be quite a few there including some of my staunch friends who knew her. Their support will be much appreciated. A lovely lady, Susan Jackman visited today to finalise the details. She is officiating at the service. We have received loads of lovely cards and letters. I am both dreading and looking forward to the closure which it will bring.

Mike is nearly back to normal except for tiring easily. He is walking well, driving and back to doing his usual jobs around the farm. He is hoping to run his dog at Easter. We have entered Kernow Agility Show.

The kittens don't even seem to have noticed that they have been spayed. Tessa, the head farm vet is coming to do some blood tests on one or two female alpacas who are not getting pregnant as they should. She is going to take the kittens' stitches out at the same time. They are pretty much living outdoors all the time now, but sleep in an old kennel in the barn at night. At the moment there is a cage around it but we intend to remove it shortly so they can chose when they go to bed or get up.

I have been up to Crufts to do my usual stint working on the APDT (Association of Pet Dog Trainers) stand. This was a welcome way to keep my mind off the forthcoming events. I bought an automated cat feeder that works by battery. The lid lifts when the cat stands in front and closes to keep any left over food away from flies etc: if the cat moves away. Unfortunately because the kittens share a bowl and dance around a lot, it opens and shuts all the time and causes mahem. Lucky it was greatly reduced in price on the last day or I might have really regretted this impulse buy!! There was no evidence of the credit crunch at Crufts. People can still find plenty to spend on their beloved pets. I bought two kongs, five air tennis balls, some vet bed for the caravan, a toe nail file which works by battery (might be another pig in a poke). I was tempted with some really nice Barbour boots but resisted the tempation.

I had my five year cancer check today and was given the all clear but I going to continue my annual check ups. Luckily my son, David, has kept up my private healthcare payments through his company which we started together before I retired.

My consultant is interested in buying some alpacas and says he and his wife will come and see us soon. They are also interested in pigmy goats. We are thinking of breeding them too, so I might contact some friends who have them. We only have four young males for sale so with the amount of interest that we have had I am sure they will sell quite soon.

Whilst I was at Crufts Mike says we had about six inches of snow so everything was harder work than he hoped. Now that the weather is better I have recommenced halter training. Six done so far with another six to go.

Chickens are laying well and we need to put a sign out on the road to dispose of the surplus. Two neighbours already have a regular order. When we feed the alpacas they have to fight off dogs, kittens and chickens now.

I was a little worried because I have been putting garlic in the alpaca food to try and ward off unwanted parasites. I thought the eggs might taste funny but the hens obviously do not eat enough to taint them.