Nick and Mike spent yesterday morning planting our new willow trees in the winter paddock wetlands.  They look a bit straggly at the moment but Nick used to work for a tree nursery and he assures us that they will quickly be ready to coppice and tidy up and we will have whips (cuttings)  to sell next year.  We have had to put some electric fencing around the saplings as the alpacas quickly demonstrated that they thought the willows a tasty treat.  Nick says they are a natural wormer.  He did not say whether the alpacas think they have worms! 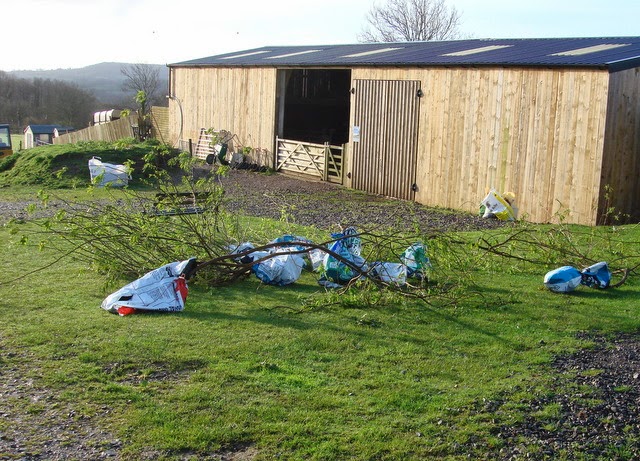 We made two trips in our van to collect 11 saplings. 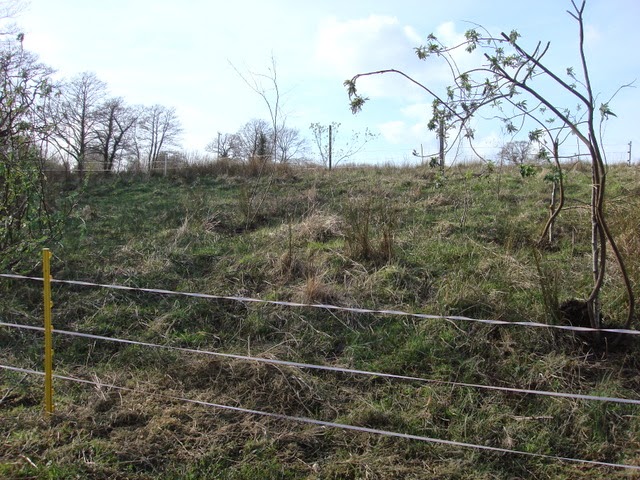 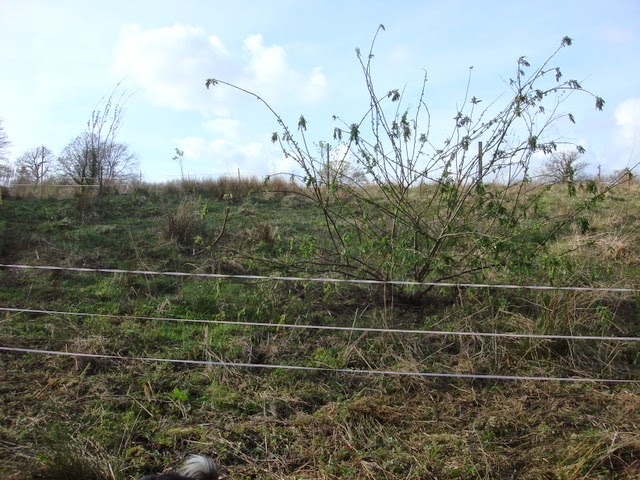 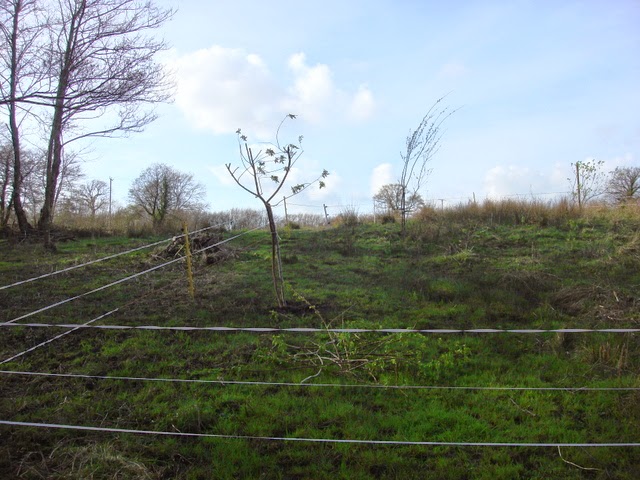 Nick and Mike planted them in a previously bare marshy area and surrounded them with electric fencing to protect them from enthusiastic browsers (alpacas and sheep).
Posted by Geraldine at Wednesday, April 09, 2014