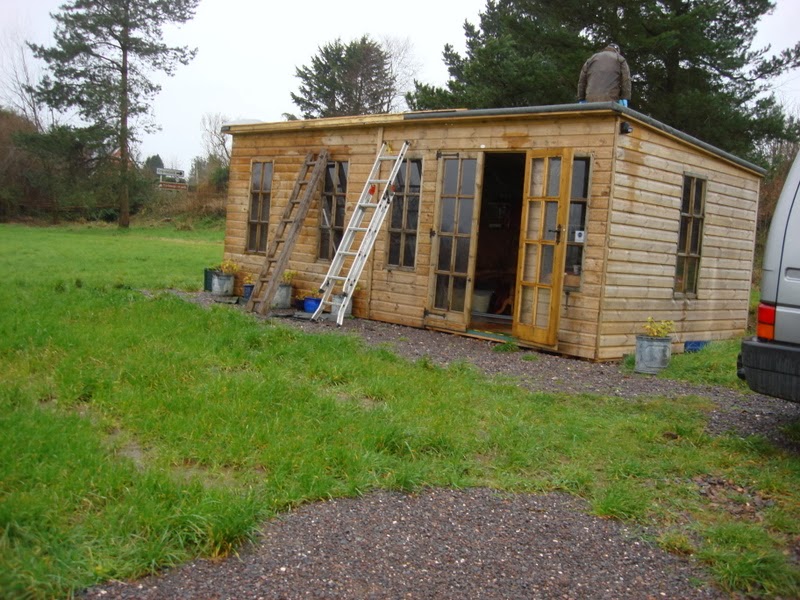 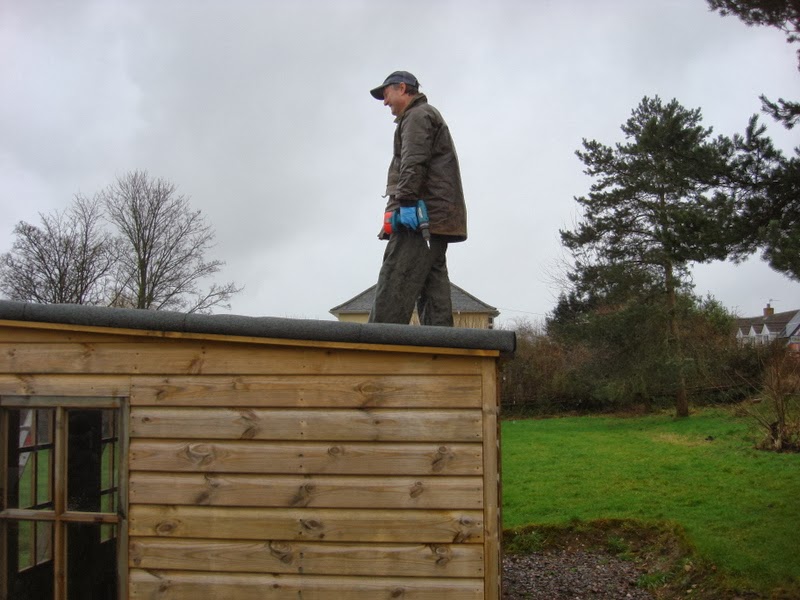 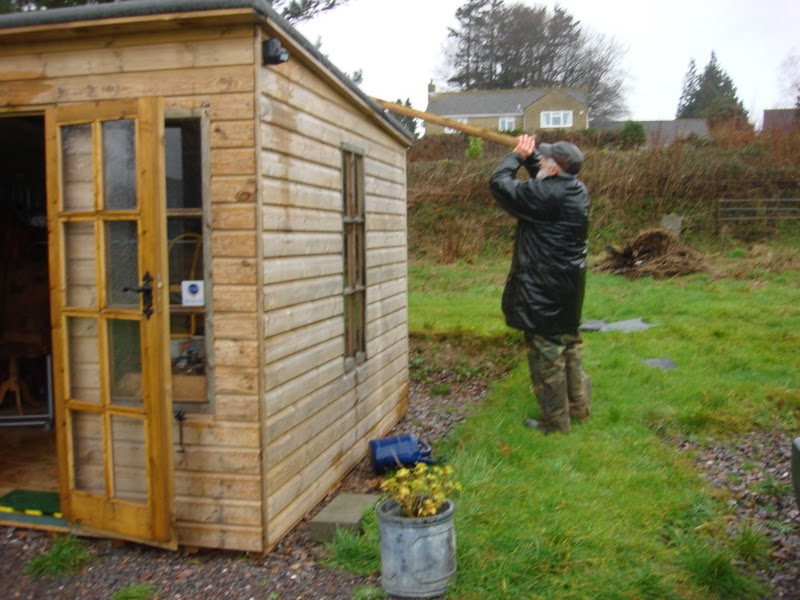 Mike had to go into Chard, one of the two nearest small towns, and on his return he noticed some roofing felt lying around near our little farm shop.  When he investigated further he found that a complete sheet of roofing felt had been lifted off by the gale force winds, leaving half the inside of the shop saturated and unusable.

The last of our lovely Aran Alpaca  Jumpers became soaked and are currently in the porch drying off.  Strangely on the same day someone came in and bought a wet jumper (at a reduced price of course).  Anyway we are closed for the time being, although Nick and Mike have done some temporary repairs so that the rest of the stock is safe. Nick comes every Tuesday so with luck we will be open for business again next week.   After the Christmas flurry, we do not really get busy again until the holiday season starts, so it is not too much of a financial loss.

Having the alpacas in the barn makes it very easy to carry out routine husbandry and Nick and I trimmed all the female alpacas' feet and the ewes', followed by a dose of ADE vitamin drench (to help compensate for the lack of outdoor light) before they were released for a bit of exercise and fresh air.

It is still almost impossible to stand still in some areas of the farm without getting stuck in the mud and I am sure I am developing a duck waddle.  If only I had four legs.