Charlie gets excited very easily and he often mistakes  a warning for an invitation to play - or at least go crazy and jump around a lot.  He followed one of our new Mums into the barn and she made it clear that he was not welcome near her lambs, but he apparently thought she was inviting him in.
She ran at him and it was only his twisting an turning and wriggling that got him out of difficulties.  I was really afraid that she was going to smash him into the wall.   See photo of calm Charlie - a rare sight. 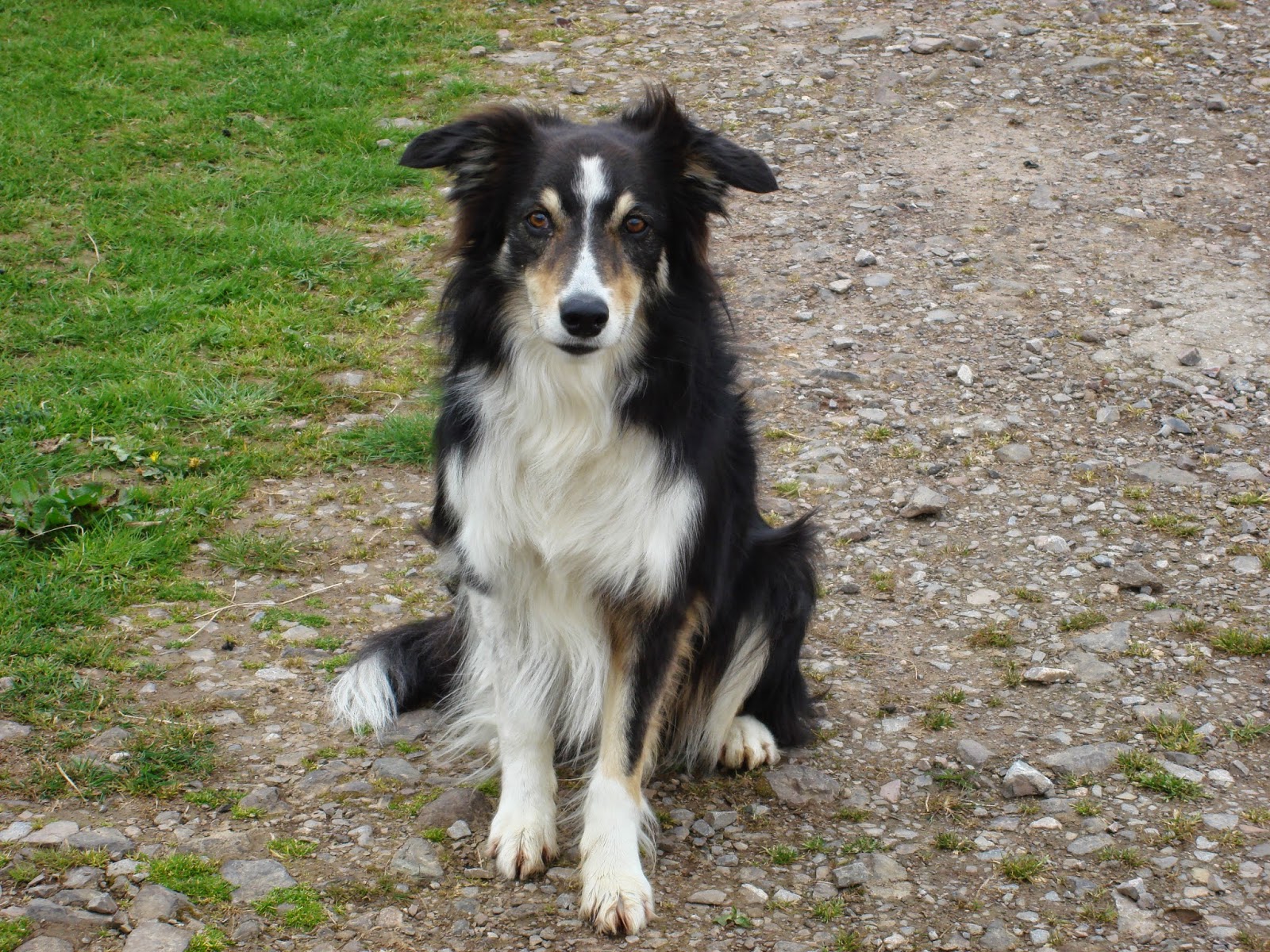 For the same reason we tend to feed Charlie and Jake in separate areas.   The following is a picture of Jake in the kitchen waiting for me to appear with his breakfast. 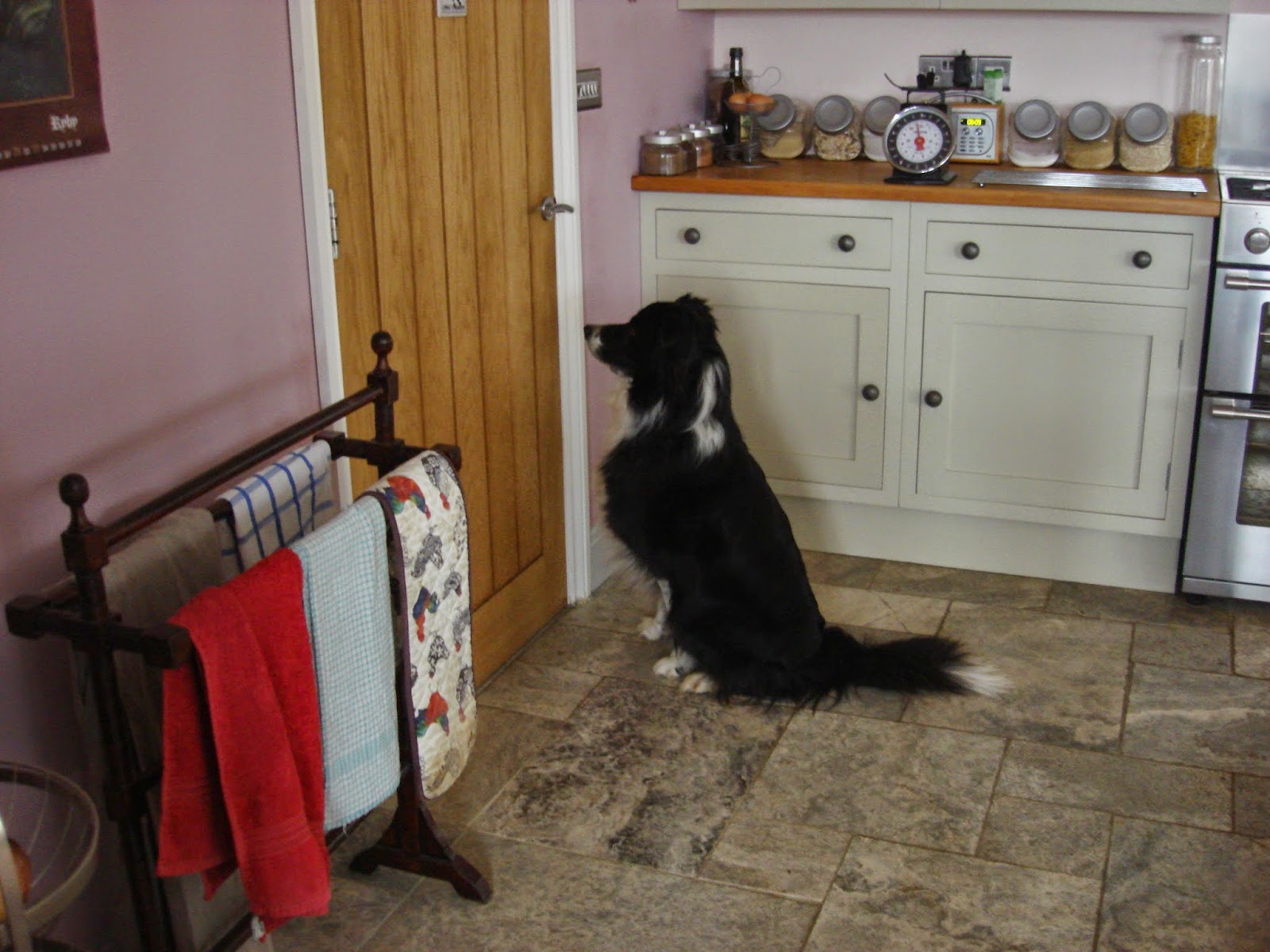