We have made a start on the garden at the back of the house.  Mike designed the stone garden using rocks found on the farm.  We are trying to create an attractive jungle with areas of  more common plants.

I went to the garden centre yesterday armed with some vouchers we had been given as presents, one dating back to 2008, which luckily they accepted.  I bought rockery plants to go behind and between the bamboo, whilst it is growing up, some herbs including Mint, Ladies Mantle, Lavender and Thyme and some Agapantha and Mombresia.  Previously we went to a nursery called "Desert to Jungle" and bought Bamboo, Fatsia (not sure if that is how you spell it) and some other jungle plants.   We will also be transplanting our Honeysuckle, Hydranger, and some other shrubs from the area which used to be the garden when we had behind  the log cabin. 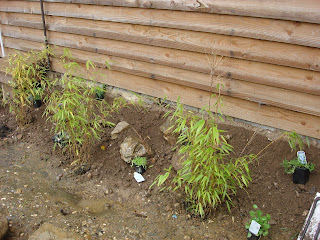 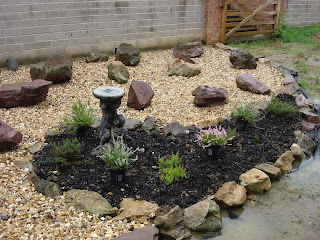 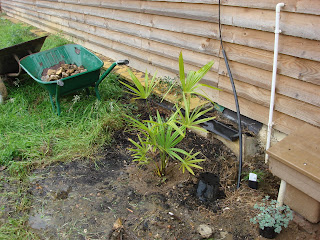 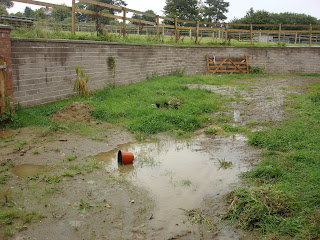