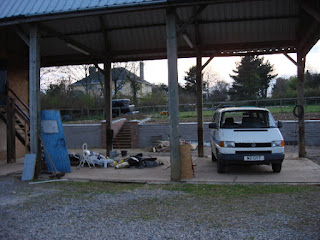 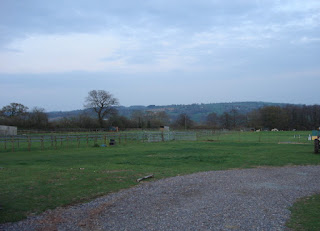 We have had the first visit from the Building Control department and works have commenced on the base for the new house.  All the cladding has been removed which means that we are now very exposed to view from the road which can be a bit unnerving at times.    Everything is now in the hands of the various tradesmen and the company who are manufacturing the steel structure and all the insulation panels.
Posted by Geraldine at Saturday, April 14, 2012