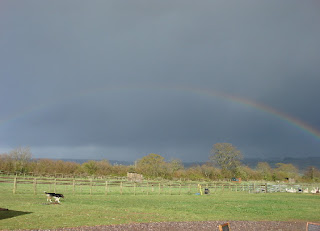 Next job is to try and secure the bucks paddock so it cannot happen again.   Goat kids are really delightful but until they get too big they love exploring and meeting other creatures, it seems.
Posted by Geraldine at Tuesday, April 17, 2012