We had a bit of a lie in this morning.   Mike has had quite a traumatic few days in that he went into hospital for a routine angiogram but had an allergic reaction to the contrast die that they put in to view his arteries.  Instead of a three hour visit he had to stay in overnight.  We shut the dogs in at 11 a.m. and Mike was still waiting for his procedure at 3.30p.m.  It was decided that I would go home (40 minute journey) to let them out and feed them and return to the hospital to pick him up.   Just as I was about to leave home they rang to tell me about his problem so I quickly packed his toothbrush etc: and took them with some reading material back in to the hospital.  I finally brought him home at about 11.15 yesterday morning.  He is still a bit under the weather but becoming more himself as time goes by.In fact we went over the road to our neighbours for dinner last night and he managed to last until about10.30 p.m. before finally giving in.   I think the combination of his scare plus all the toing and froing and some socialising just about finished us off and we became unconscious as soon as we hit the pillow and did not wake up until 8.10 a.m. which is really late for us.

The good news is that they did not find anything of great concern. He has had a faulty mitral valve for years (maybe since birth) and has now developed a faulty aortic valve but neither is serious at the  moment and just requires regular checks.   They still cannot find a cause for his occasional breathlessness but at least it is not his heart apparently.

It was really lovely to wake up to green fields this morning.   The frosty ground is now very muddy of course, but at least the animals can graze again and although there is not much nourishment in the grass at the moment it will bulk them up and save some hay which is all they have been eating whilst there was snow on the ground.

Chale, one of our working males, is scouring (has the runs) so we wormed him and started to dose him with Pro Rumen which is a complimentary feeding stuff used to assist in the establishment of bacteria in the rumen.
I thought it would be a good idea to give him some anti-biotic also so I phoned the vet to find out which of the two I had in stock would be the best to use.  Of course neither was ideal so they put up three syringes of another type which he has now had.   He was very good - even though Mike could not help me for the last two days of treatment I was able to inject him and drench him with the Pro Rumen on my own. 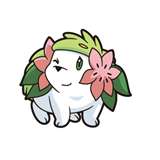 All the weanlings are well established now so this week they will be going on the website for sale.
Posted by Geraldine at Saturday, December 11, 2010